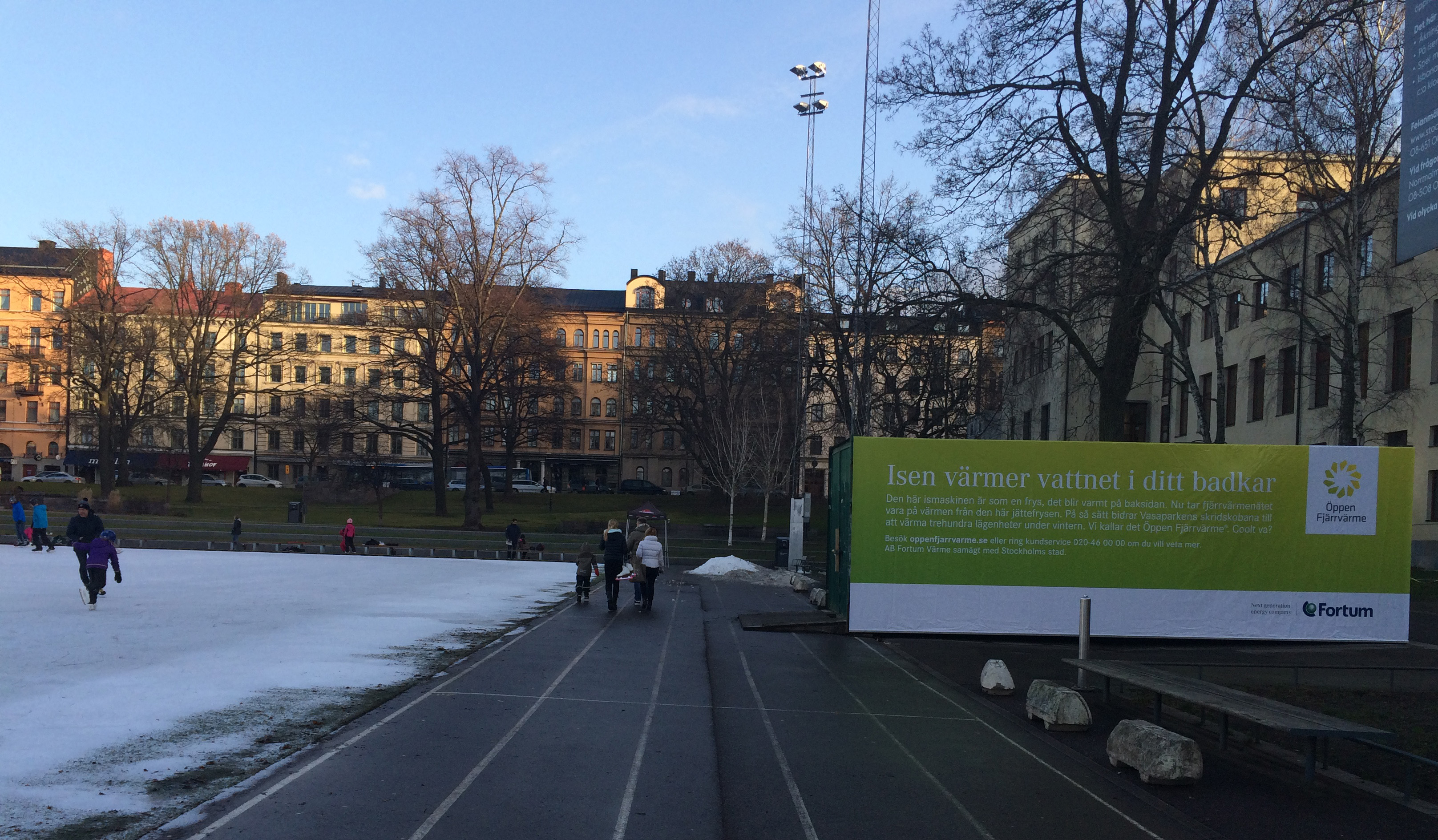 “This ice warms the water in your bathtube” can now be read on a big plate, attached to a container next to Vasaparkens ice rink. During the winter season Open District Heating in Vasastan ice rink contributes to distribute hot water to a few hundred apartments.

Vasaparken ice rink is in place during the winter season, weather permitting. The information sign from Open District Heating is hopefully up there as long as the ice.