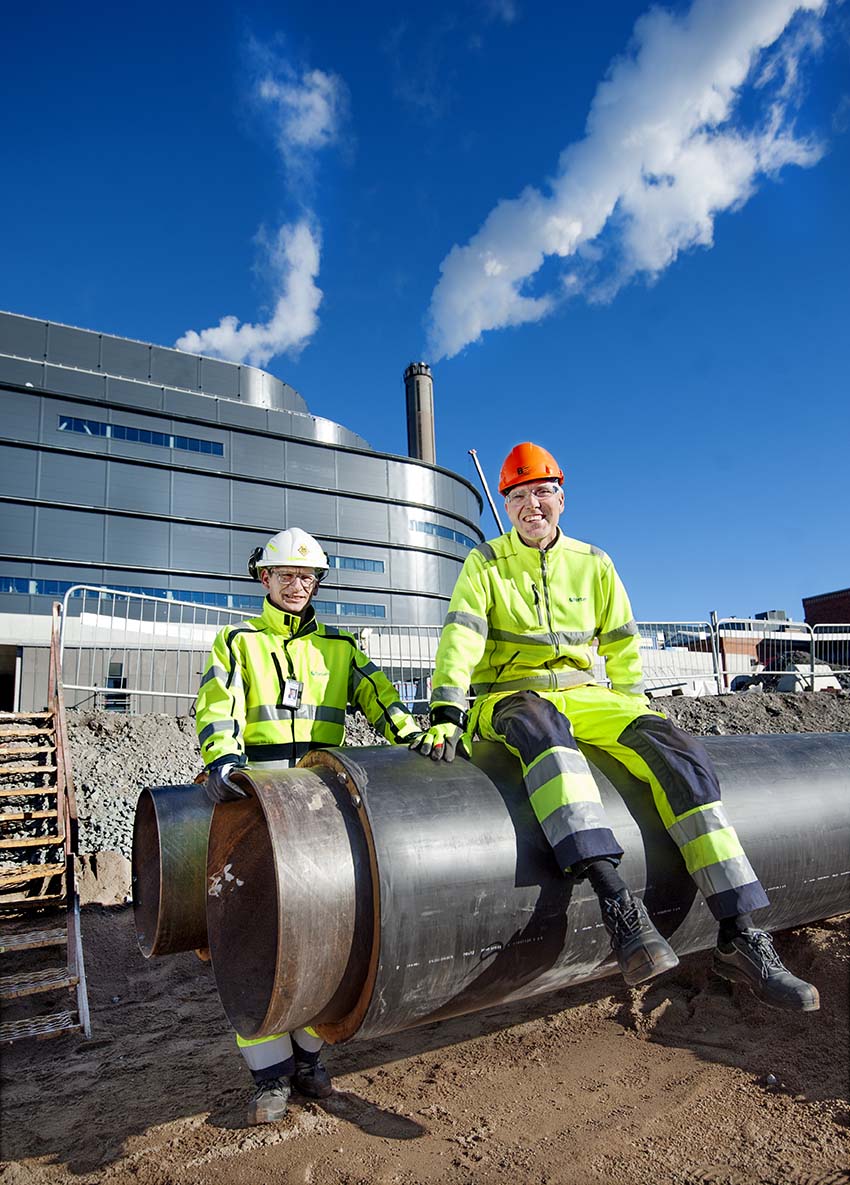 New pipes are now in place in Värtahamnen linking Bahnhof’s planned new data centre Elementica with Fortum Värme’s nearby CHP , combined heat and power plant. Jon Karlung, CEO of Bahnhof and Anders Egelrud, CEO of Fortum Värme have joined efforts and are now working to attract more green data centres to Stockholm. This is one important part of building a sustainable city.

– The fact that we now build pipes to connect Elementica with the district heating system of Fortum Värme shows that large-scale heat recovery from data centres is a reality and not just an idea for the future. We are working intensively to reach the goal to make Stockholm an international hub for large-scale data centres within ten years, said Anders Egelrud, CEO of Fortum Värme.

When Elementica is in place it will be one of the largest data centres in Stockholm. Fully developed it will have the capacity to annually recover 112 GWh of heat to the district heating network. This is equivalent to the entire heat supply of a city the size of Mora, a town of about 20 000 inhabitants. At the same time Elementica will become one of the world’s greenest and most sustainable data centres.

– We are now able to build one of the world’s greenest data centres and, at the same time we can offer competitive prices for server customers. Elementica shows how incredibly smart it is to place data centres in urban locations and recover energy, in this case heat, instead of wasting it as is done in most cases today, said Bahnhof CEO Jon Karlung.

Heat recovery from data centres is an important part of Fortum Värme’s work towards reaching 100% renewable or recovered fuels for making district heating in Stockholm.