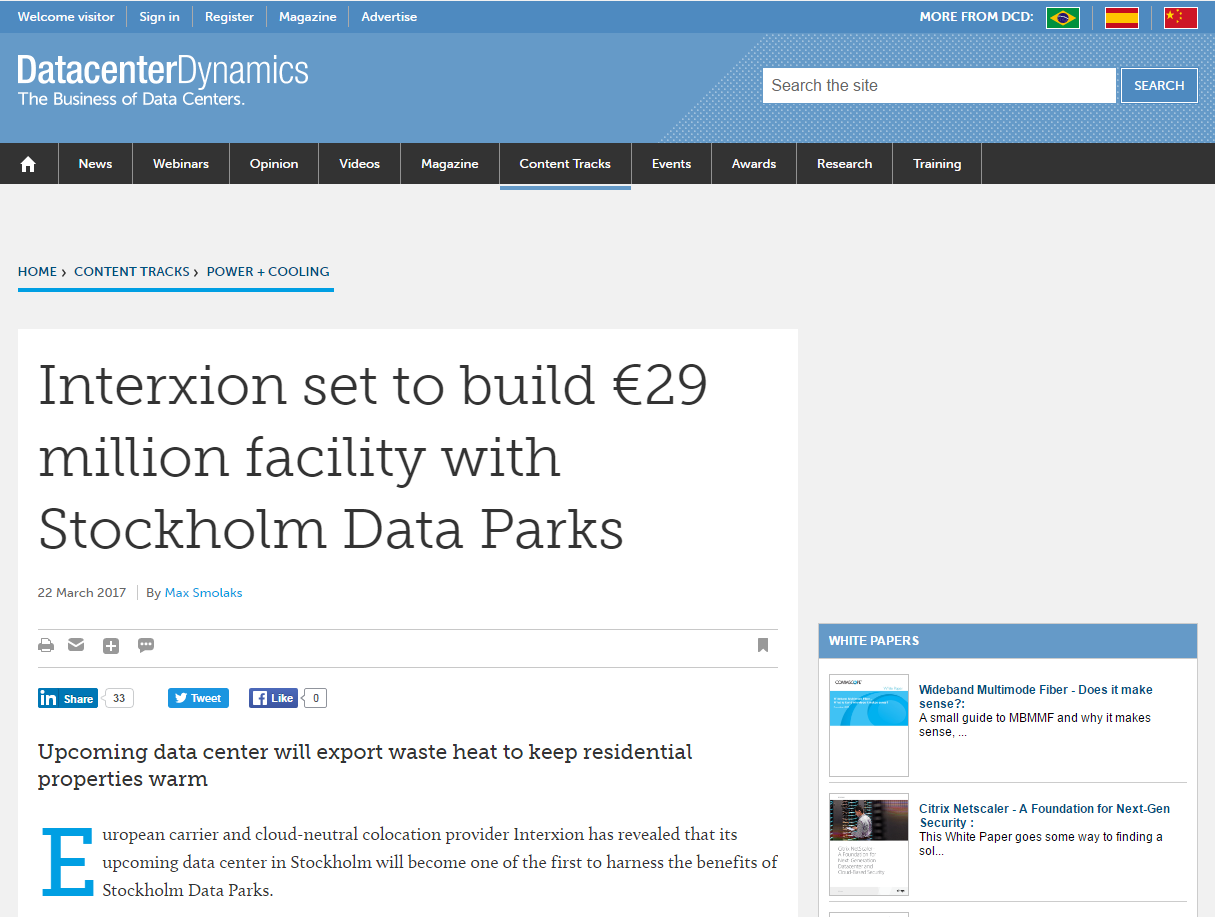 “European carrier and cloud-neutral colocation provider Interxion has revealed that its upcoming data center in Stockholm will become one of the first to harness the benefits of Stockholm Data Parks.

The Stockholm Data Parks initiative was officially launched in January, supported by the government of the city and several local utility companies. It aims to offer power, connectivity and cooling services to potential data center builders, with four parcels of land earmarked for development.”

Read the full article about Interxion and their plans for a new data center in Kista, Stockholm